Photographs from the 26 juried winners of the Mobile Photography Awards, created by Daniel Berman, are currently on display at ArtHaus Gallery in San Francisco from April 5 - June 30, 2012. A “traveling show” of the same works were also on display at the Orange County Center for Contemporary Art (OCCCA) in Santa Ana, April 7th - 28th, 2012.

I am honored that my “Gingered Torso” won the Percolator category and is part of this ground breaking exhibition.

Roxanne and I dropped into Orange County to view the OCCCA show, took a nice drive up through the Big Sur coast, and then attended a gracious reception at ArtHaus. All along the trip, people kept asking what iPhone apps I use. If I had the time, I would show a couple of my favorite apps and try to explain what they do and/or how I use them for my work.

At the ArtHaus reception, so many people were asking about the apps that I promised I’d send them screenshots from my phone. In several cases, people have purchased several of the apps right there as we discussed them. (He he, I wish there were some kind of affiliate way to score credits toward future app purchases. I’ve sold a LOT of apps for Apple and app developers.)

So, rather than emailing screenshots of my iPhone to individuals, it makes more sense to create a series of posts here. In doing so, I can provide links directly to apps in the iPhone app store.

Part 1 is going to cover my 12 “go to” apps. The apps that follow are generally used, at some point, in almost every photo I create on my iPhone or iPad.

Please note: All these apps also work on your iPad, and several of them have iPad native apps that contain additional features. Additionally, most apps run significantly faster on an iPad. Lastly, the apps listed below are in no particular order.

“Iris Photo Suite” by Pranav Kapoor. High quality textures. Layers. Resize. Cropping. Color Adjustments. One of my “Swiss Army” apps. Funky, inconsistent interface but one of my long time favorites. On the iPad, use Laminar, also by Pranav Kapoor.

“Percolator” by Tinrocket, LLC Percolator reduces your image to areas of color circles with almost unlimited customization. When used creatively, Percolator creates unique effects not possible with any other app.

“Plastic Bullet Camera” by Red Giant Software I actually don’t use the randomly generated filters and effects created by Plastic Bullet much recently. But it’s fun to return to now and then and it can create complex effects with a single click. No adjustments. No fine tuning. Just click “refresh” to get a whole new screen of effects.

“Adobe Photoshop Express” by Adobe Systems Incorporated PS Express is free, and has basic functionality, brighness, color, contrast, sharpness, etc. BUT, the reason to spend the $4.99 in-app purchase is for the “Reduce Noise” functionality. iPhone’s are not great in low light conditions and introduce a tremendous amount of “noise” into the resulting photo. PS Express’ incredible Reduce Noise functionality smoothes out the areas of noise like no other app currently available. It’s worth the $5 bucks!

“Snapseed” by Nik Software, Inc. Nik is known for its extremely high quality filters and plugins for Photoshop, Lightroom, and Aperture. Snapseed boasts a completely unique and intuitive interface and very high quality effects and filters. It is one of my primary apps for making initial color adjustments and pulling out details within the photo without reverting to what can sometimes be harsh sharpening adjustments. For all around adjustments and helping your images pop, I would start with Snapseed as your first purchase.

“Decim8” by Kris Collins It’s difficult to describe what Decim8 does. While you definitely don’t “need” Decim8, once you get the hang of toggling effects on/off and reordering them, I think you’ll reach for it more and more often to give your work a completely unique and un-reproducible look. Most people dislike Decim8 and don’t understand it. But if you stick with it, and use it in conjunction with other apps, you might be surprised what you can create.

“Dynamic Light” by Mediachance Dynamic Light imparts an HDR (High Dynamic Range) effect to your photograph. It has a unique “ball” interface that allows you to adjust the light and how it “shapes” your photo. It’s not the highest quality effect, but it can pull out interesting details in your photo and very quickly apply uniquely colored effects to your work.

“FX Photo Studio” by MacPhun LLC FX PhotoStudio has what seems like hundreds of filters in dozens of categories. I mostly use it for rotating, flipping, and mirroring work. But I also use several of its filters for creating completely unique effects that I then combine with other apps. It’s a great all-around studio app and a must have in your toolbox.

?Rays” by Digital Film Tools Rays creates…rays. Rays of light that appear to emanate from the lightest areas of your photo. You control the color, brightness, and length. The resulting effect is incredibly high quality and very, very realistic.

“Noir Photo” by Red Giant Software Noir reduces your photo to 1 of 5 muted colors and provides highly configurable controls which produce high quality, high contrast effects. Other apps may be able to reduce images to sepia or black and white, and provide contrast and brightness controls, but Noir has a unique “spotlight” feature that allows you to specifically control where you want “light” to illuminate your subject.

“Tiny Planet Photos” by infoding.com If you don’t know what a “Tiny Planet” is, just search Flickr for “Tiny Planets” and you’ll see. Once you get the hang of how to frame your photos, you’ll be able to instantly produce amazing results.

So, these are currently my top 12 iPhone/iPad apps for creating iPhoneography Artwork. I have dozens of other apps that I often reach for, but these sit in a folder together at the top right of Screen 2 because they are the ones I go to first. You may notice that I don’t have any “Painting” apps in this first group. That is true. If I had to limit my total apps to only 12, I would dump Plastic Bullet and Dynamic Light and replace them with two painting apps that I’ll cover in one of the next posts. 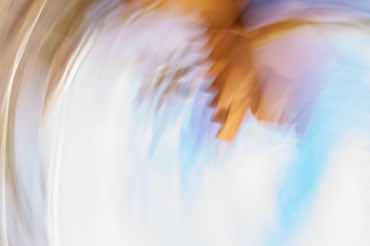 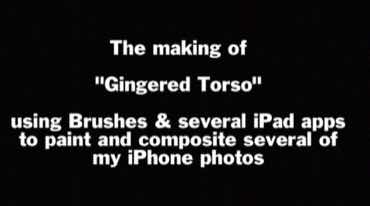